Actor Kunchacko Boban’s local dance moves is the talk of the town now. A day ago, a song from ‘Nna Thaan Case Kodu’, one of the actor’s upcoming movies, were premiered online and in no time it topped the YouTube trending list. The song is the recreation of the evergreen Malayalam song “Devadoothar Paadi”, from Mammootty’s 1985 film Kathodu Kathoram.In the viral video song, the actor surprised all with his ‘katta local dance moves’. Dressed in a faded shirt and a lungi, the actor is seen as a local middle aged alcoholic man, whom we usually see in any festival events in Kerala’s villages. “When Mammookka Sings…Rajeevan Jives..Enjoy the Katta Local moves of Ambass Rajeevan to the recreation of the evergreen song “Devadoothar Paadi”!!!!,” wrote Kunchacko Boban while sharing the video song on his social media pages. From celebs to fans, everybody is impressed with the actor’s performance. The actor has clearly set the social media on fire. 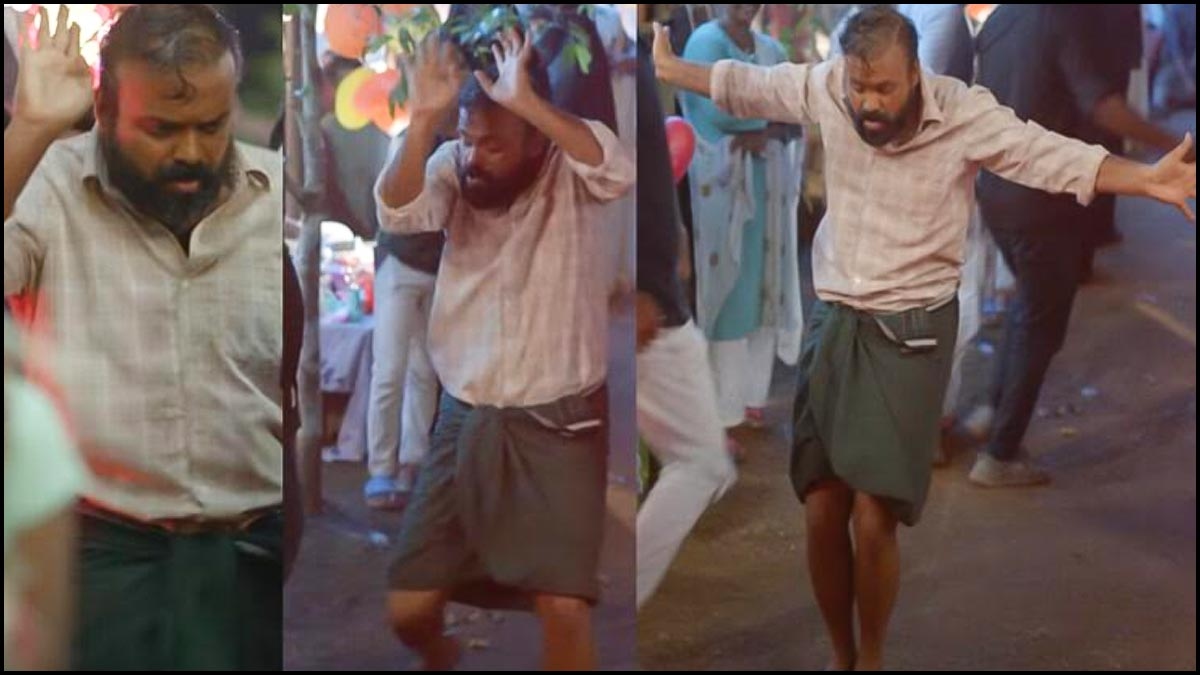