After Prithviraj, now the latest celebrity to visit Mohanlal’s new house is superstar’s best pal and actor Mammootty. On Sunday, Mammootty took to his social media handle to a share a pic that was clicked during his visit to Mohanlal’s new home in Ernakulam. While Mohanlal captioned the image as just “Ichakka” – the way he refers to Mammootty, the megastar wrote, “At Lal’s New Home”.

After the picture went viral on the internet, rumours started doing the rounds that the actors are likely to reunite for the sequel of Fazil’s 2008 release ‘Harikrishnans’ and the meeting was as part of its preliminary discussions. As you know, earlier this week, there were reports that the director has been planning the project with Mohanlal and Mammootty. And now followed by this picture, it has only fueled the rumours. Well, there are currently no official updates on the same. 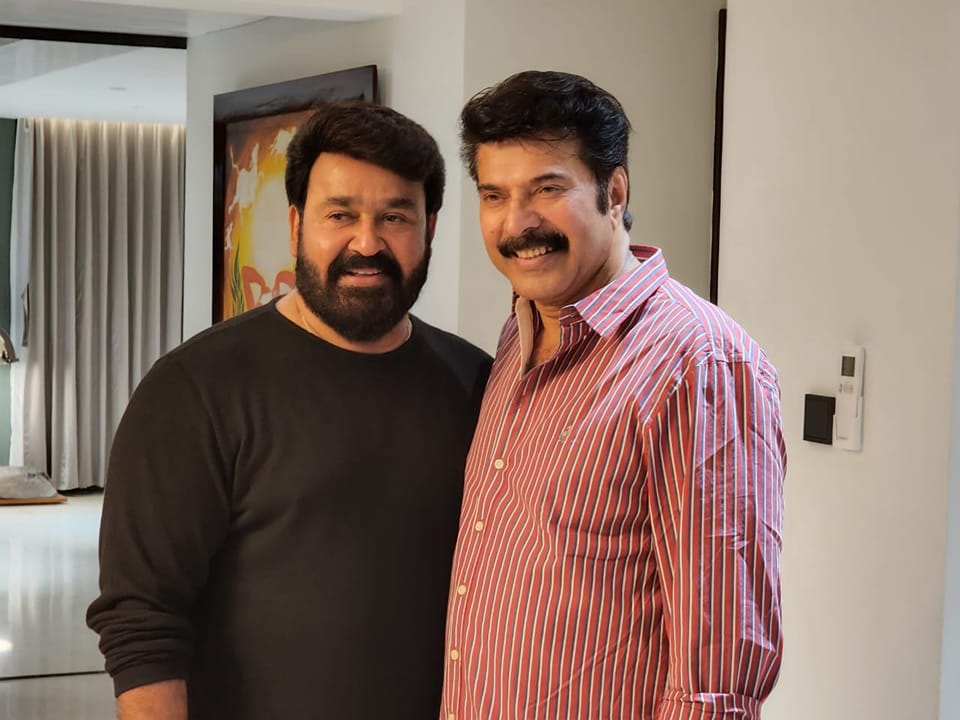 On the work front, Mammootty and Mohanlal’s thrillers – Rorschach and Monster – are set to clash at the box office during the pooja holidays next month. The post-production work for Rorschach is underway at the moment, and the makers plan to bring it to the theatres soon. As for Mohanlal, the actor recently wrapped the shoot of his directorial debut film Barroz which is bankrolled by Aashirvaad Cinemas, The movie stars Mohanlal alongside Unni Mukundan, Maya, Paz Vega, Guru Somasundaram, Rafael Amargo, and Cesar Lorente Raton who essay pivotal parts. Mohanlal also has Monster, Alone, Ram and L2: Empuraan.