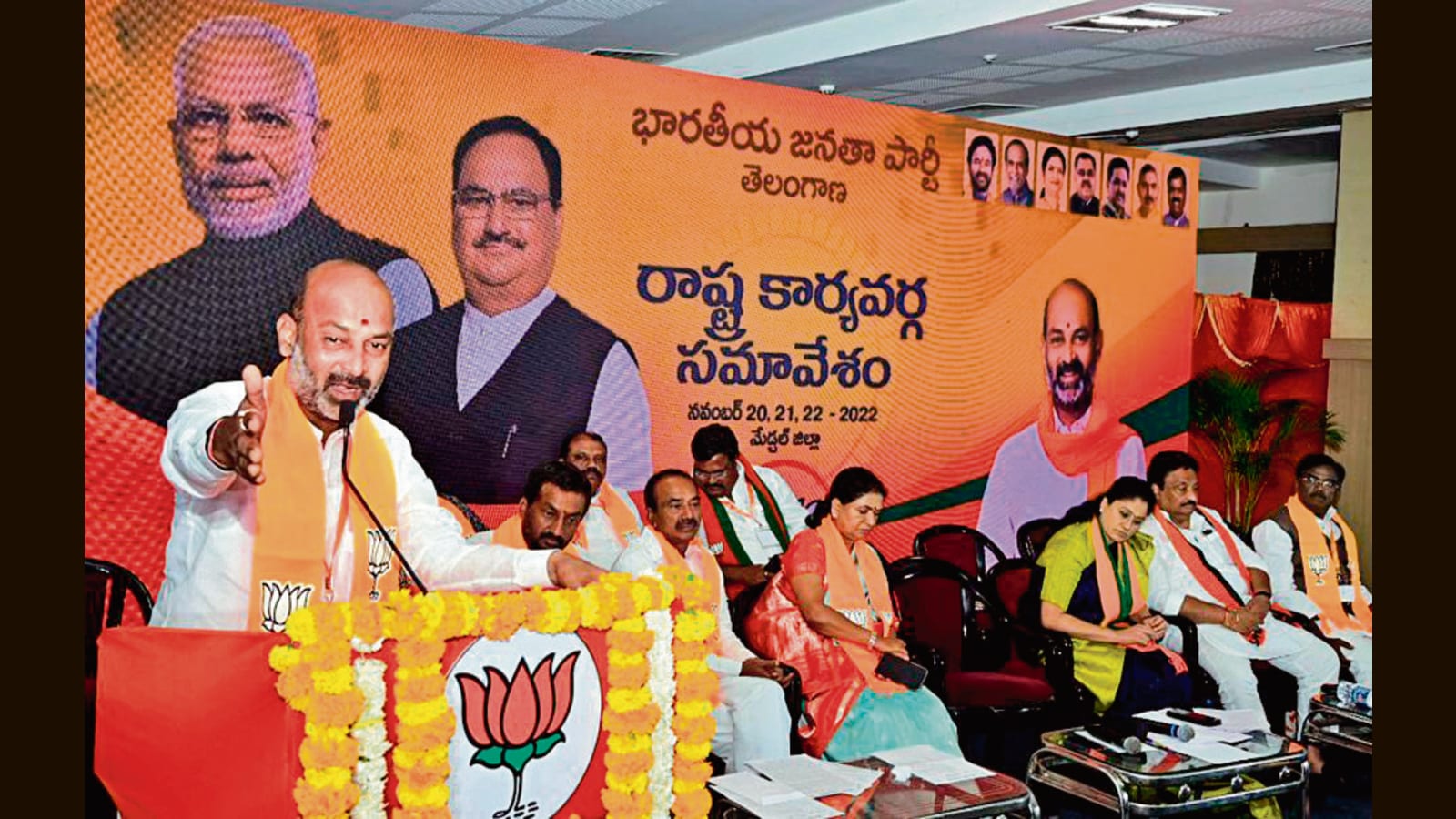 Bharatiya Janata Party Telangana unit president Bandi Sanjay will take up his fifth phase of padayatra, called “Praja Sangrama Yatra”, from November 28, as part of his efforts to highlight public issues and rejuvenate the party cadre to fight the next year’s assembly elections.

A decision to this effect was taken at the BJP’s state executive committee meeting held at a private resort on the outskirts of Hyderabad on the concluding day of the BJP training camp for the party functionaries on Tuesday.

Speaking to reporters after the meeting, padayatra programme convener T Veerender Goud said the BJP state president would commence his foot march from Bhainsa town in Nirmal district, after performing special prayers at the Goddess Saraswati temple at Basar in Nizamabad district.

“The padayatra will conclude with a public meeting at Karimnagar on December 15 or 16,” he said.

Goud said Sanjay had so far walked for 1,178 km in his four phases of padayatra covering 13 parliamentary constituencies and 48 assembly constituencies in 21 districts, telling people about the need to fight against the alleged dynastic, corrupt and dictatorial government of Telangana Rashtra Samithi government led by chief minister K Chandrasekhar Rao.

“The padayatra brought in a lot of changes in the state and established the BJP as the only potential alternative to the TRS. We are confident of capturing power in the next elections,” Goud said.

Meanwhile, the BJP state executive also decided to take up simultaneous motorbike rallies in different parts of the state from November 26 to December 14 in the name of “Praja Gosa-BJP Bharosa” (People’s woes-BJP’s assurance).

“These bike rallies would be held in one or two assembly segments in each Parliamentary constituency. In each rally, party workers would take part with more than 200 bikes to propagate the party’s programmes and policies, besides holding public meetings at street corners on local issues,” another senior leader Kasam Venkateshwarlu said.

India-Bhutan must harness space technology and its applications: Jaishankar

Ira Khan reveals who was the happiest person at her engagement, shares new pics | Bollywood