Actor Madhavan’s directorial debut directorial Rocketry: The Nambi Effect is winning rave responses from all corners. After its theatrical release, the movie is now streaming on Amazon Prime. While Madhavan and his Rocketry team are basking in the movie’s success, they have now got a new reason to celebrate. On Sunday, actor Madhavan took to his social media handle to share a happy news. Sharing a few pictures and videos, the actor shared that he visited Superstar Rajinikanth’s residence along with Scientist Nambi Narayanan (on whom the movie’s based) and they both were felicitated by the Superstar. In the video, Madhavan is seen seeking blessings from the Superstar by touching his feet. Sharing the post, Madhavan wrote, “When you get the blessings from a one man industry & the very Legend himself, in the presence of another Legend .. it’s a moment etched for eternity.Thank you for your kindest words and affection #rajnikanth sir. This motivation has completely rejuvenated us. We love you as does the whole world ”. Scroll down to see the video. 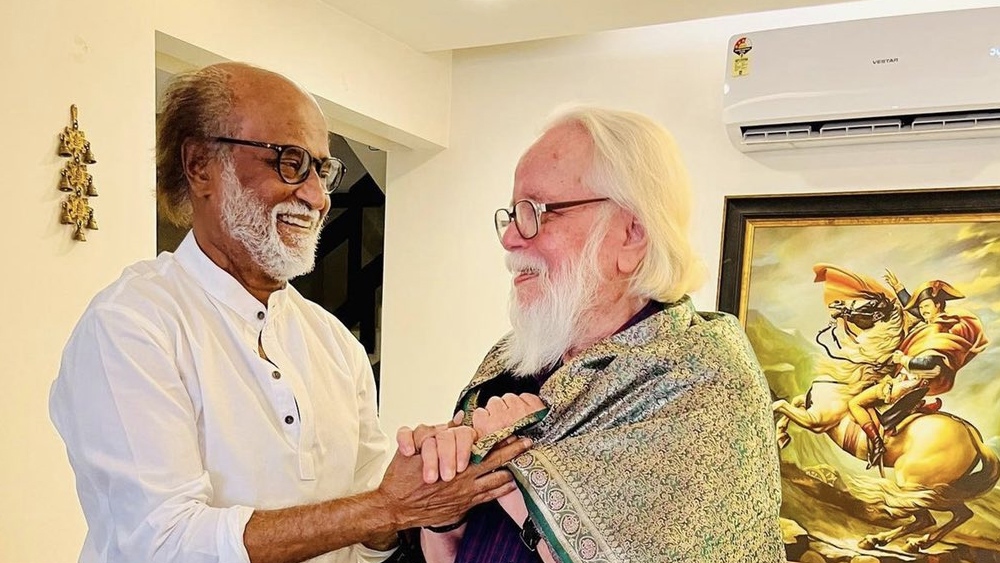 R Madhavan made his directorial debut with Rocketry: The Nambi Effect. The movie, which is based on a former ISRO (Indian Space Research Organisation) scientist Nambi Narayanan, who was wrongfully accused in the ISRO espionage case in 1994 but was later exonerated, also stars Simran and Rajit Kapur in pivotal roles along with Shah Rukh Khan (in Hindi Version) and Suriya (In Tamil version) appearing in extended cameo roles. The movie, which is bankrolled by Tricolour Films in association with Varghese Moolan Pictures, was shot in Tamil, Hindi and English languages.