On his wife’s birthday, Mollywood actor Prithviraj took to his social media handle to pen a lovely note for her. Dropping an adorable picture with his dear wife Supriya Menon, the actor wrote, “Happy birthday partner! No fight too hard, no journey too long with you holding my hand! To many more and forever! @supriyamenonprithviraj.” The couple celebrated the special day in London by enjoying the Lady Gaga Live show. The couple also gave a glimpse from the concert. Take a look at the pictures –

Prithviraj Sukumaran and Supriya Menon are one of the most loved couples in the M’Town. The couple met each other in 2007 in Mumbai and soon ended up falling for each other. On 25th April 2011 in an intimate ceremony in Kerala. Supriya Menon was working as a journalist before marriage and later became a successful film producer. In 2014, the couple welcomed a baby girl named Alankrita. 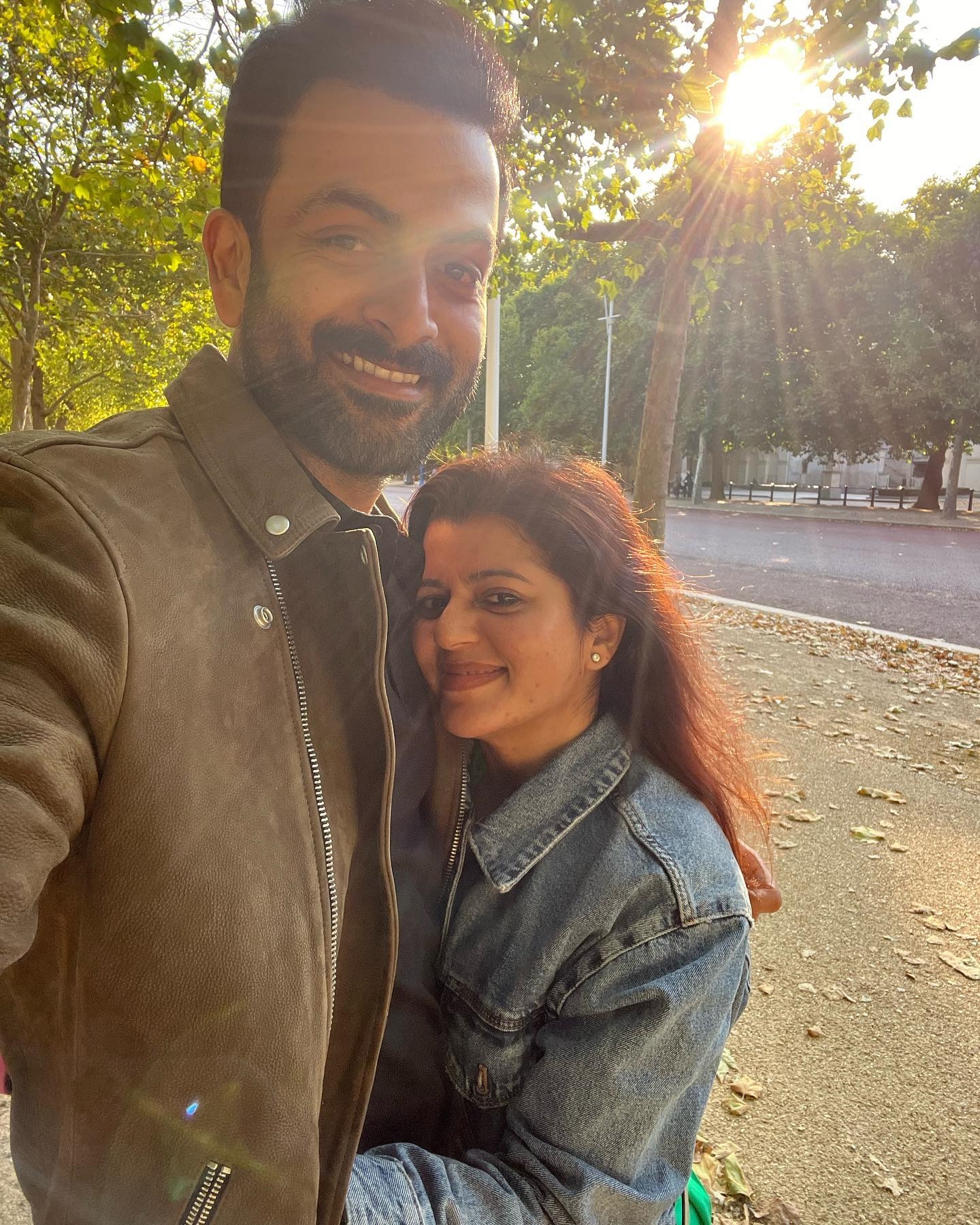 On the work front, Prithviraj Sukumaran is basking in the success of his recent release Kaduva helmed by Shaji Kailas. The actor is currently filming for his yet another project with director Shaji Kailas titled Kaapa in Trivandrum. Meanwhile, the actor recently wrapped the shoot of his much-awaited movie Aadujeevitham. Directed by Blessy, the movie revolves around a migrant worker in Saudi Arabia, who gets stranded in the middle of the desert. Aadujeevitham is currently in the post-production phase. The actor also has Alphonse Puthren’s directorial Gold, an action-comedy that has Nayanthara in the female lead. The movie is expected to hit the theatres soon.