Mollywood actor Prithviraj Sukumaran’s latest action entertainer ‘Kaduva’ has crossed Rs 50 crores in the worldwide box office collection. Directed by Shaji Kailas, the big budget mass entertainer hit the screens on July and had minted over Rs 15 Crores worldwide in a matter of just three days of its release. Though there had been reports doing the rounds on social media that the movie entered the 50 Crore club, now the makers have officially confirmed that the film has crossed Rs 50 crores.

Set in the 90s, Kaduva’ features Prithviraj Sukumaran as the protagonist named Kaduvakkunnel Kuruvachan. Samyuktha Menon, Arjun Ashokan, Sai Kumar, Siddique, Seema, Dileesh Pothan, Vijayaraghavan, Aju Varghese, Sudev Nair, Rahul Madhav, Kalabhavan Shajohn and Priyanka Nair are also part of the cast. Jinu Abraham, who had earlier directed Prithviraj Sukumaran in ‘Adam Joan’, is the scriptwriter of ‘Kaduva’ which has Abhinandan Ramanujam and Sujith Vaassudev as the directors of photography. Editing is by Shameer Muhammed and music by Jakes Bejoy. Kaduva is backed by Supriya Menon under Prithviraj Productions in association with Listin Stephen’s Magic Frames. The movie is also heading for OTT release from August 4. 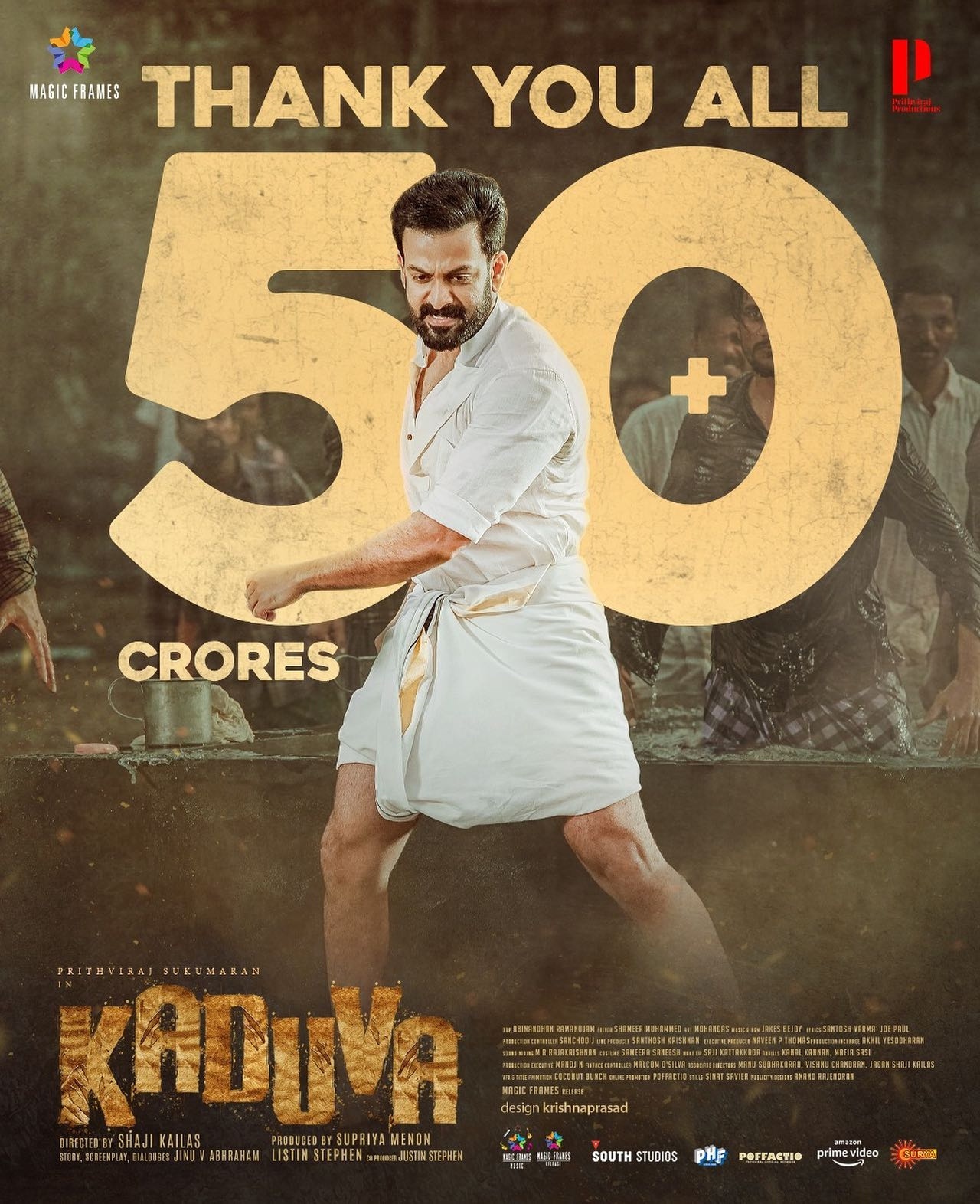 Meanwhile, Prithviraj is currently filming his yet another movie with director Shaji, titled ‘Kaapa’. The movie went on floors during the second week of July and is progressing at a brisk pace.