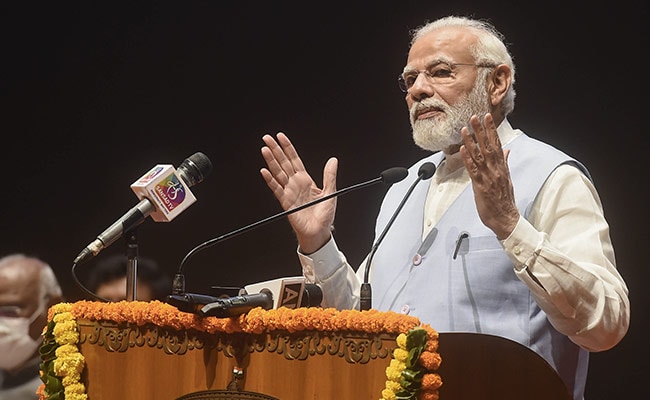 Prime Minister Narendra Modi turned 72 on Saturday, with politicians and dignitaries extending their best wishes to him. His birthday is often marked with development initiatives while the BJP launches ‘seva’ (service) activities.

PM Modi will be speaking at four programmes linked to diverse fields, including the release of cheetahs brought from Namibia in a Madhya Pradesh national park.

Wishing him, President Droupadi Murmu said the work for nation-building under his incomparable hardwork, dedication and creativity continue to advance.

PM Modi’s ministerial colleagues paid fulsome tributes to his leadership and administrative acumen as they wished him on his birthday.

Home Minister Amit Shah hailed him as the flag-bearer of Indian culture who has connected the country to its roots and led it forward in every field.

Under his farsighted leadership, India has emerged as a world power and he has distinguished himself as a global leader respected by the world, Mr Shah said.

PM Modi’s life symbolises service and dedication, he said, calling him the builder of a secure, strong and ‘aatmanirbhar’ new India.

Defence Minister Rajnath Singh said his leadership has boosted progress and good governance like never before and taken India’s prestige and self-respect to a new high.

He has given a new dimension to Indian politics and given importance to the poor’s welfare along with development, Singh said.

An RSS pracharak from a young age, PM Modi was drafted into the BJP’s organisation and later became Gujarat chief minister in 2001.

Since then, he has achieved the unique feat of never losing the state and now national election when he has been the face of the party. He led the BJP to win in three consecutive Gujarat assembly polls in 2002, 2007 and 2012 and then in the Lok Sabha polls in 2014 and 2019.