Suraj Venjaramoodu’s investigative thriller Heaven, which hit theatres in June this year, is now gearing up for its OTT release. Helmed by debutante Unni Govindraj, the movie featured the National Award-winning actor essaying the role of a police officer. Heaven revolves around circle inspector Peter Kurishingal, played by Suraj, who finds that his son is murdered along with other victims in between an investigation. The investigation thriller will begin streaming on Disney+ Hotstar on August 19. 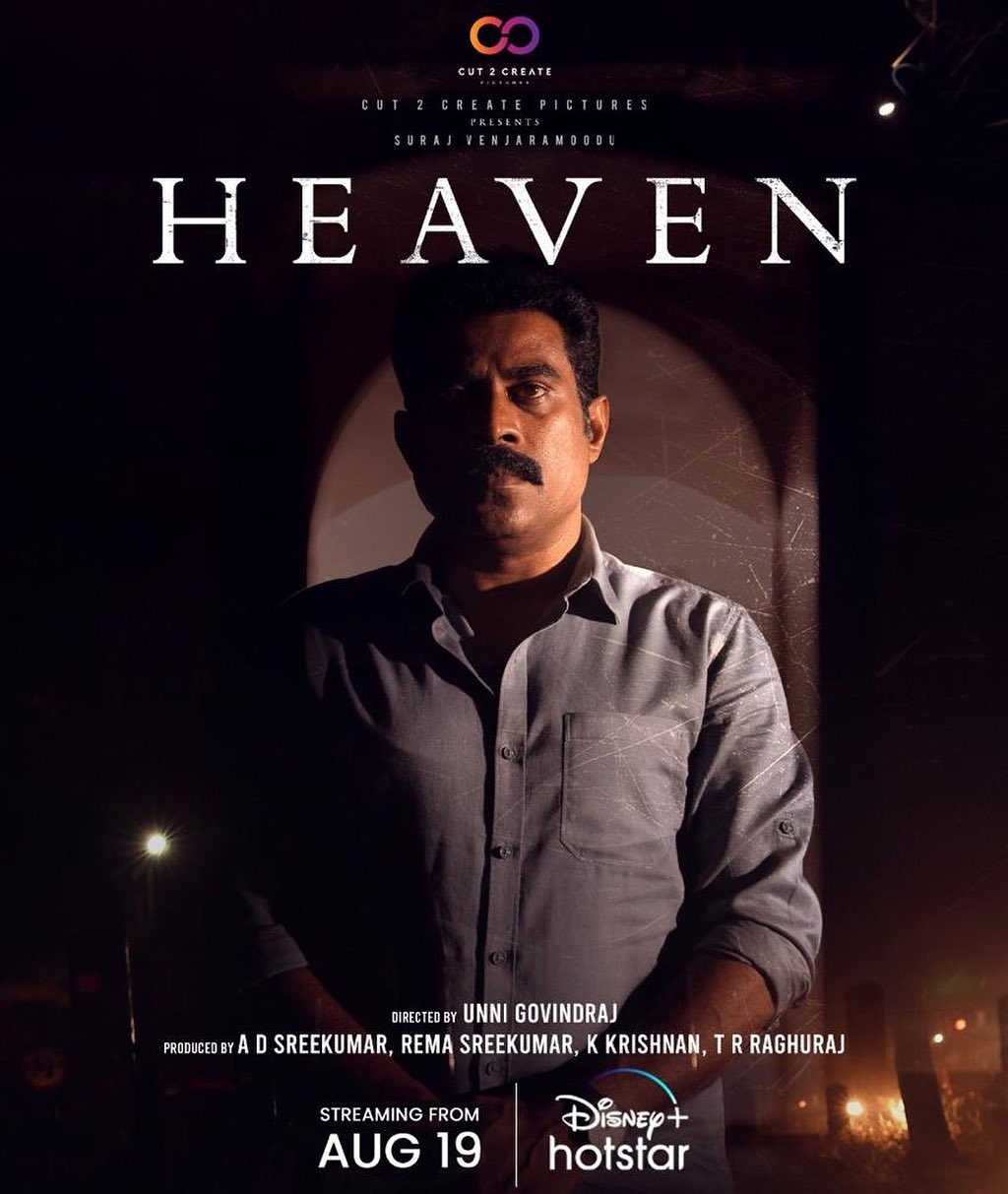 Scripted by Unni and PS Subramaniam, the movie also features Nimisha Sajayan, Sudev Nair, Alencier Ley Lopez, Sudhish, Padmaraj Ratheesh, Jaffer Idukki, Vinaya Prasad, Shruti Jayan. Actor Deepak Parambol plays an extended cameo in the film. The movie’s writer PS Subramaniam, who is a cop in real life, has drawn references from several investigations that he had carried out in his career as a circle inspector. The movie’s producer is AD Sreekumar. Vinod Illampally is in charge of the cinematography and music is by Gopi Sundar.