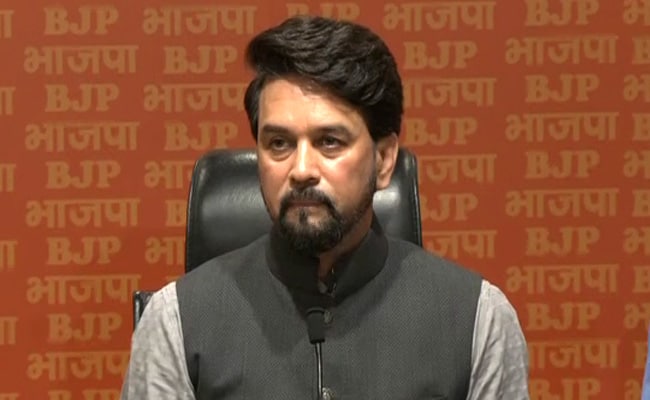 Thakur’s visit is a part of the BJP’s strategy to connect with voters ahead of the 2024 Lok Sabha elections.

“It is unfortunate to see that women players in Mumbai do not have proper washrooms and toilets. The civic body has one of the highest tax collection and budget, but it has failed to construct washrooms for women as well as senior citizens,” the Minister for Information and Broadcasting, Youth Affairs, and Sports told reporters.

The BJP is keen to wrest the Brihanmumbai Municipal Corporation (BMC) from the friend-turned-foe Shiv Sena, which has been ruling the civic body for more than two decades.

Currently, the civic body is under the control of the administrator as its five-year term has expired and polls are awaited.

Thakur said the Central government was focusing on encouraging sports.

He also said a new policy is being drafted for the development of Mumbai.

“The previous administration of the Mumbai civic body did not pay enough attention towards small-scale businessmen. We will take some concrete decisions that would benefit them,” said the union minister.

I am here to prepare a ground for the 2024 Lok Sabha elections and it will benefit the BJP as well as Shiv Sena led by Eknath Shinde, he added.

In the 2017 BMC elections, the BJP won 82 seats in the 227-member body, just two short of Shiv Sena, its alliance partner in the then Devendra Fadnavis-led state government.