It was about a few months back, Megastar Mammootty enthralled the movie-buffs by unveiling the first look poster of his much-awaited movie ‘Rorschach’. The intriguing poster featuring the actor in a Halloween – style mask was viral on the internet too. Now, the actor has unveiled the second poster that has the actress resting on a rocky surface interspersed with water holes. We can also notice Mammootty’s eyes popping out of the holes.

Take a look at the stunning poster – 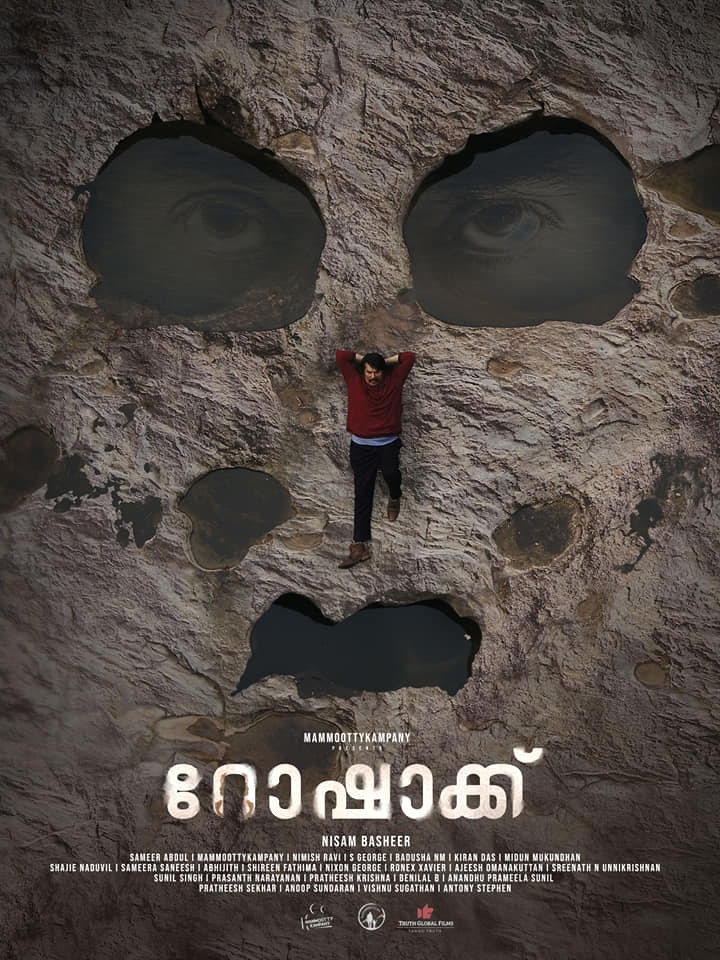 Helmed by Nisam Basheer, who has already impressed the audience with his film ‘Kettyolaanu Ente Malakha,” the upcoming movie is a thriller. Along with Mammootty, ‘Rorschach’ also has Sharafudheen, Jagadish, Grace Antony, Bindu Panicker, Sanju Sivaram, Kottayam Nazir, Babu Annoor and Mani Shornoor in supporting roles. Produced by the megastar himself under is banner Mammootty Kampany, the film is scripted by Iblis and Adventures of Omanakuttan writer Samir Abdul. Interestingly, ‘Rorschach’ is the second production of Mammootty’s production banner after Lijo Jose Pellissery’s ‘Nanpakal Nerathu Mayakkam’. The film’s editing is by Kiran Das and it has Midhun Mukundan on music. Going by reports, the movie is currently in the post-production phase.