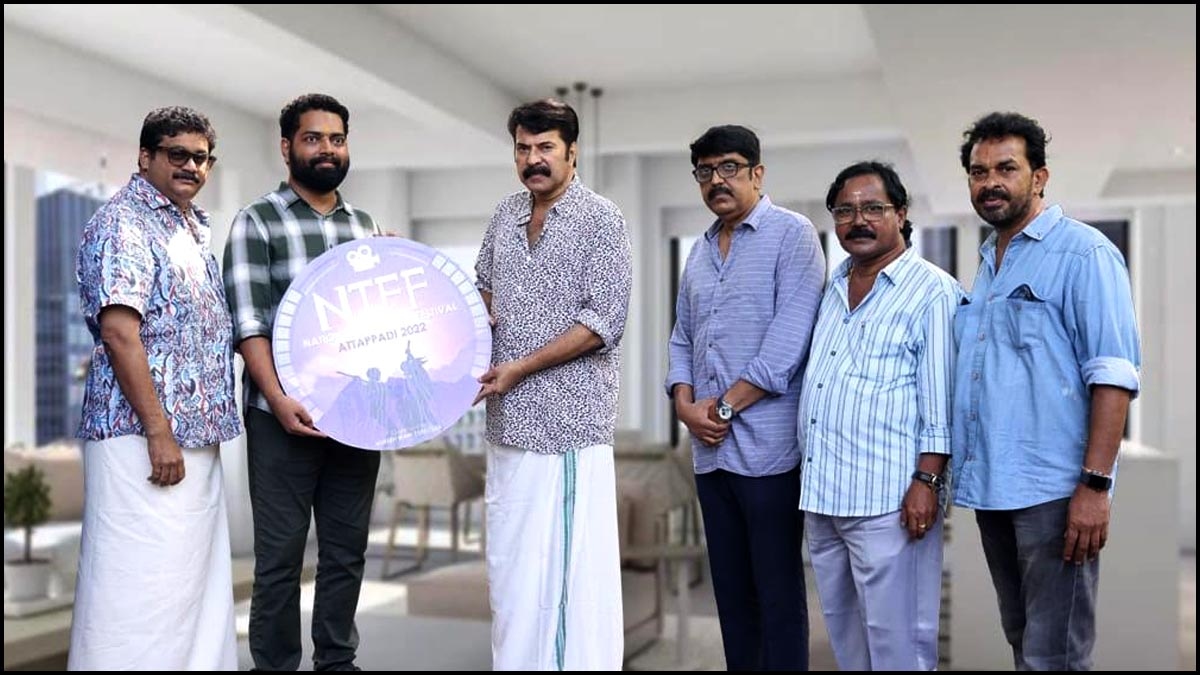 On Monday, Megastar Mammootty unveiled the logo of the festival. The logo launch was held in the presence of directors Vijeesh Mani, B. Unnikrishnan, Producers Dr. NM Badusha, S. George, Production Controller Aroma Mohan, P.R.O P.Sivaprasad, Festival Director Vijeesh Mani and a few others. Vijeesh Mani, the director of NTFF and a film director who has made films in Irula, Muduga and Kurumba tribal languages, said that this is the first time in the history of world cinema that a film festival will be held by including only films made in various tribal languages of the country. The NTFF will be concluded on August 9, which marks to be World Tribal Day. 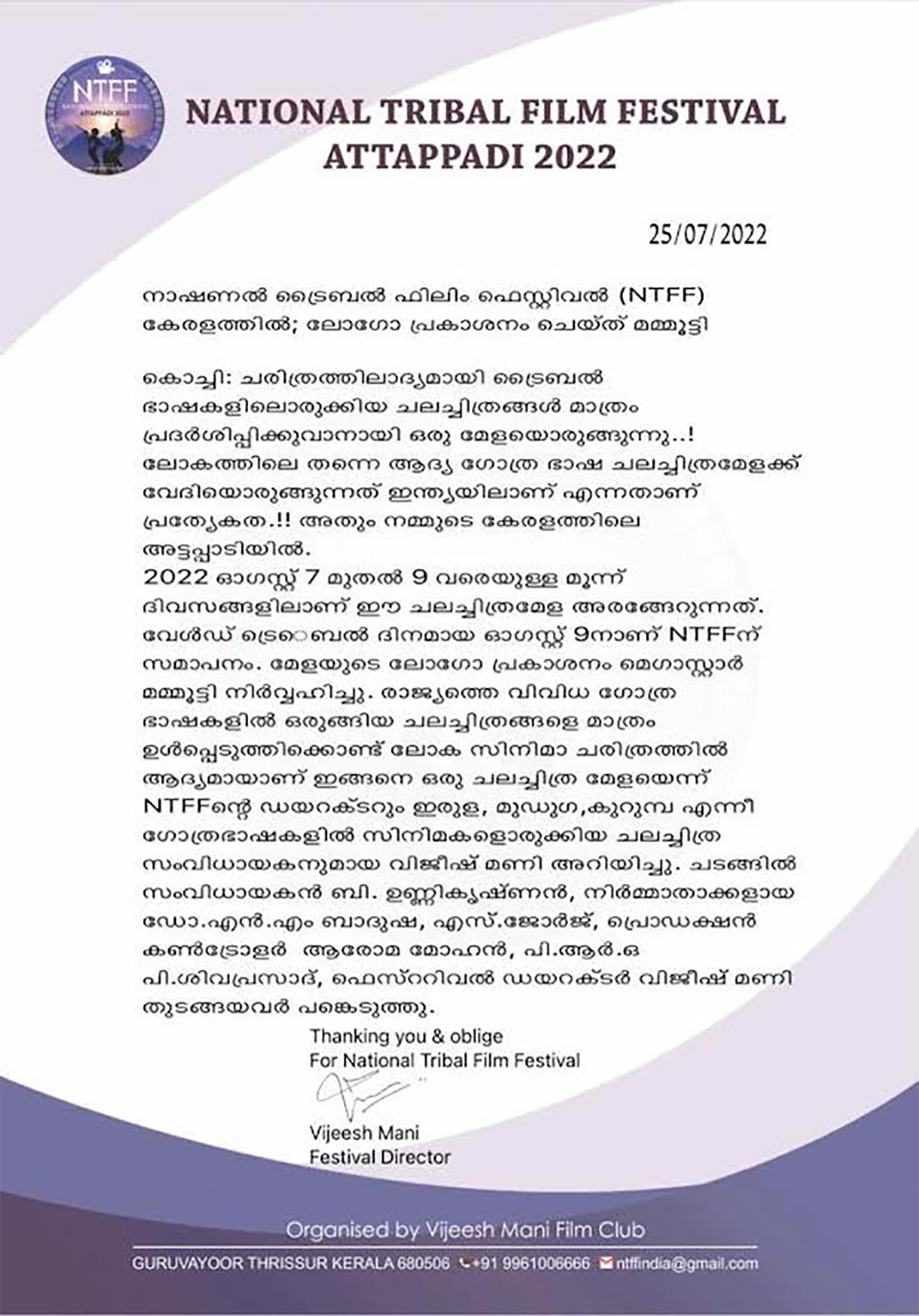