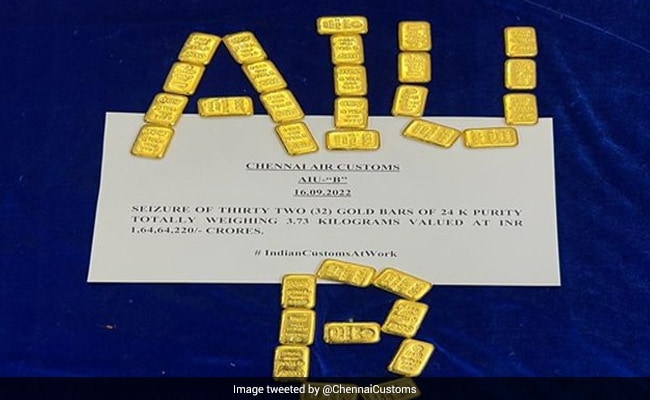 Over three kilograms of gold bars worth Rs 1.64 crore concealed in the toilet of an aeroplane that arrived in Chennai from Dubai was seized at the city airport, Customs authorities said on Saturday.

The airport wing sleuths of the customs department while rummaging the aircraft belonging to a private airliner on its arrival from Dubai retrieved as many as 32 gold bars concealed in the front toilet of the plane on Friday, an official release from the Principal Commissioner of Customs M Mathew Jolly said.

“The gold bars weighing 3.73 kgs valued at Rs 1.64 crore was seized under the Customs Act, 1962 and an investigation was on,” the release said.