- Advertisement -
HomeINDIACheetahs For India Riding A Plane To Gwalior, Will Then Take A...
INDIA

Cheetahs For India Riding A Plane To Gwalior, Will Then Take A Chopper 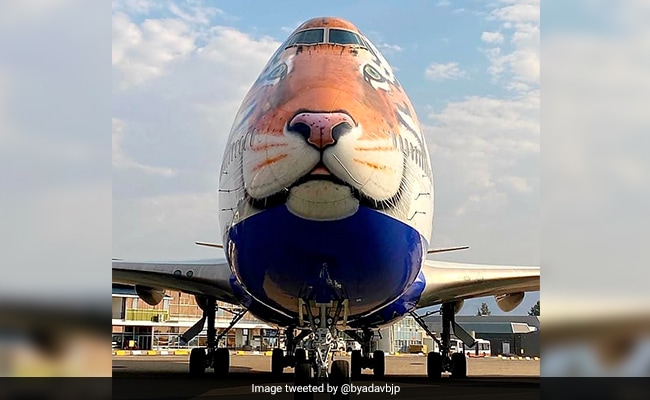 The plane will arrive at Gwalior’s Maharajpura airbase, operated by the Indian Air Force.(File)

The special cargo plane carrying eight cheetahs from Namibia will land at the Gwalior airport in Madhya Pradesh on Saturday morning instead of Jaipur in Rajasthan as planned earlier and the felines will be then taken to the Kuno National Park where they will be released, official sources said on Friday.

The plane will arrive at Gwalior’s Maharajpura airbase, operated by the Indian Air Force (IAF), around 5 am and by 6 am, the felines will be shifted to the Kuno National Park (KNP) in a helicopter, they said.

The national park is located in Madhya Pradesh’s Sheopur district, located around 165km from Gwalior.

Prime Minister Narendra Modi is scheduled to release three of the cheetahs, being brought to India from Namibia as part of an intercontinental translocation project, into the park’s quarantine enclosures on September 17, which is also the PM Modi’s birthday, an official said.

As per the earlier plan, the special plane carrying the big cats from the African country was to land at the Jaipur airport, from where they were to be flown to KNP, around 400km from the Rajasthan capital.

Talking to PTI on Friday, principal chief conservator of forest (PCCF) wildlife, J S Chauhan, said, “The cheetahs will arrive in Gwalior and from there they will be flown in a special helicopter to KNP.” The eight cheetahs – five females and three males – will be brought from Namibia’s capital Windhoek to the Gwalior airport in a customised Boeing 747-400 aircraft, officials have said earlier.

J S Chauhan said from Gwalior, the cheetahs will be shifted to the KNP helipad in an IAF Chinook heavy-lift helicopter.

According to the Cheetah Conservation Fund (CCF), an international not-for-profit organisation headquartered in Namibia and dedicated to saving the fastest land animal, the five female cheetahs bound for India are aged between two and five years, while the males are aged between 4.5 years and 5.5 years.

The last cheetah in India died in 1947 in Korea district in present-day Chhattisgarh, which was earlier part of Madhya Pradesh, and the species was declared extinct from India in 1952.

The ‘African Cheetah Introduction Project in India’ was conceived in 2009 and a plan to introduce the big cat by November last year in KNP was delayed due to the COVID-19 pandemic, officials have said.