Bigg Boss Malayalam season 4 hosted by superstar Mohanlal was one of this year’s most celebrated TV shows among Keralites. The fourth season of the show with 20 contestants was launched on March 27 with the tagline ‘new normal’, making it the most talked about show ever in Malayalam. Actress-dancer Dilsha was awarded the title at the grand finale on July 3. At the finale, Dilsha received a trophy and ₹50 lakh cash prize. With this, Disha has become the first female winner of the Malayalam edition of the reality TV series. The other five contestants were Riyas Salim, Blesslee, Lakshmi Priya, Sooraj Thelakkad, and Dhanya Mary Varghese. 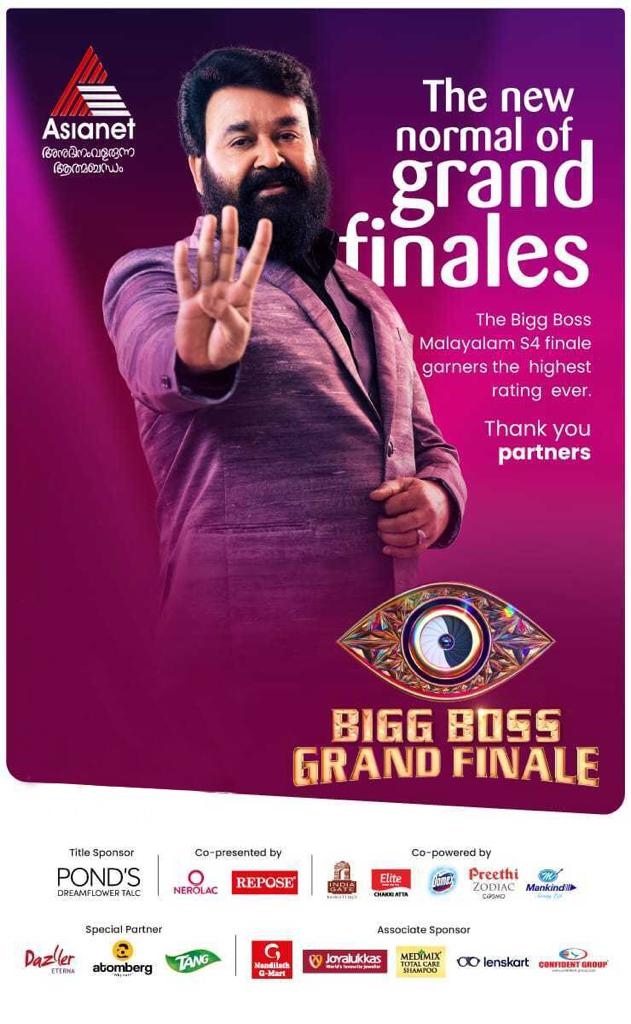 Previously, the last two seasons of Bigg Boss Malayalam were cancelled before the finale due to the coronavirus pandemic. The second season premiered in January 2020 but was suspended in March that year due to the outbreak of coronavirus and hence no contestant was declared the winner. Also, the last season, which went on air in February 2021 was cancelled midway owing to the second wave of the pandemic. Manikuttan was announced as the winner later in August based on the audience vote. 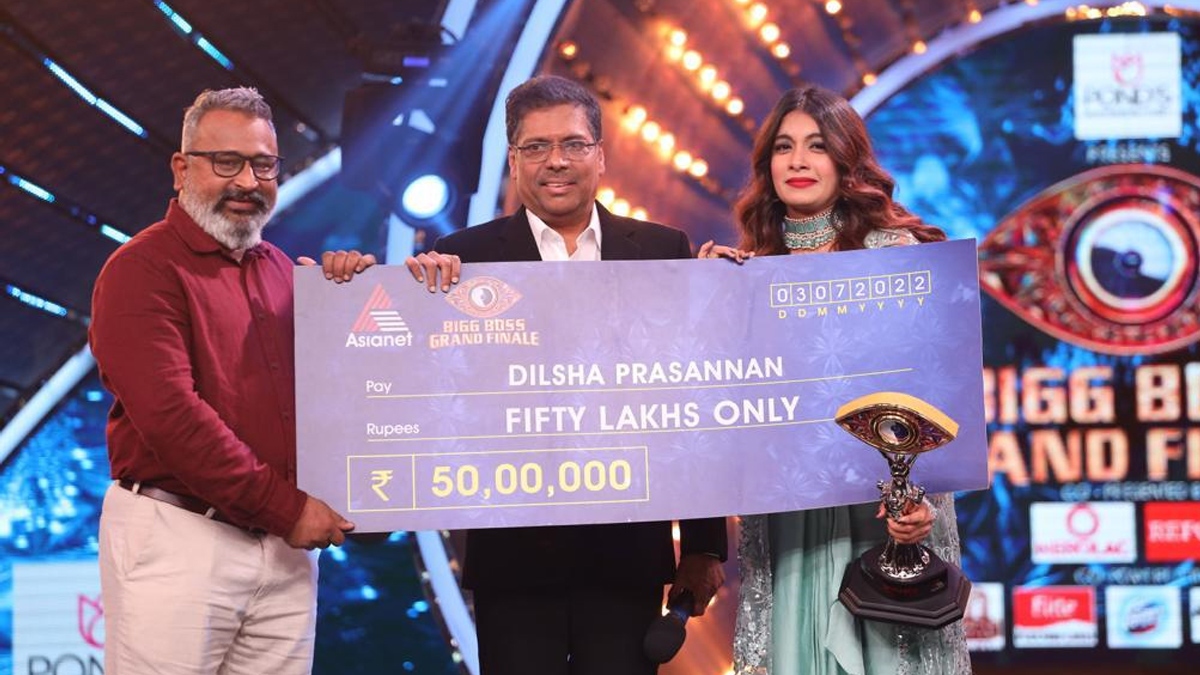 The bond between Asianet channel and its audience is growing day by day. This is evident from the number of impressions the show received round the globe. The fourth season had garnered a whopping 2.3 million impressions, the highest ever for the grand finale of the show across seasons till date. Beyond the tremendous success of this season, the love and support received by the positive reviews made Malayalam Bigg Boss a global product. After four seasons, Bigg Boss Malayalam has now become the number one show in India. A show that is enjoyed by all ages. Bigg Boss’s 24×7 Live has also made huge progress in the viewership of Hot Star. 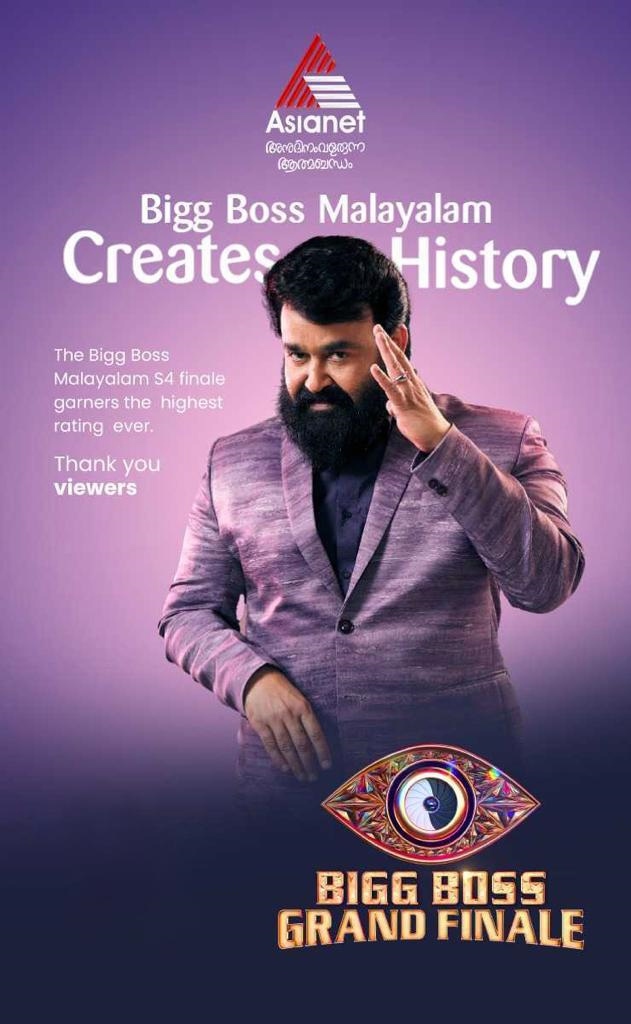 Bigg Boss Season 4 was well received and celebrated by the audience. Every contestant, including the wildcard entries, had something unique and new to share with the audience. The candidatures and stances of the contestants on various topics such as gender, sexuality, equality, parenting, women empowerment and so on have often been the subject of much discussion in the public and was widely publicized. Another reason behind the show’s success is that social media welcomed Bigg Boss and its contestants with open arms. Mohanlal’s active presence in the show is one of the reasons that attracted the Kerala audience. He was there for the contestant by loving, advising and criticizing them when necessary, knowing every pulse of the Bigg Boss house. Another attraction of this season was the Bigg Boss house built by famous Bollywood director and art director Omung Kumar. Bigg Boss Malayalam 4 was presented by Nerolac and Repose mattress. And title sponsors were Ponds. Popular brands like India gate, Elite, Domex, and Preethi had also supported the grand show. While Dazzler and Atomberg came on board as special partners, the associate sponsors were Nandilath Gmart, Joy Alukkas, and the Confident group.