Karnataka politician Gali Janardhan Reddy’s son Kireeti is making his acting debut with an upcoming film, produced by the popular production house Vaaraahi Chalana Chitram. The movie is the 15th venture of the production house. Now, the latest is that the makers are unveiling the title launch video on 29th September at 6:39 p.m. The big announcement was made by the makers themselves through their official social media handle. Their tweet read as follows, “Excited to present the Title Launch Video of @VaaraahiCC ’s Production no.15 will be Unveiled on 29th September at 06:39PM. ??❤️‍??Stay tuned ?? @rk91_reddy @KireetiOfficial #Sreeleela @geneliad @CrazystarL @ThisIsDSP @DOPSenthilKumar @PeterHeinOffl” 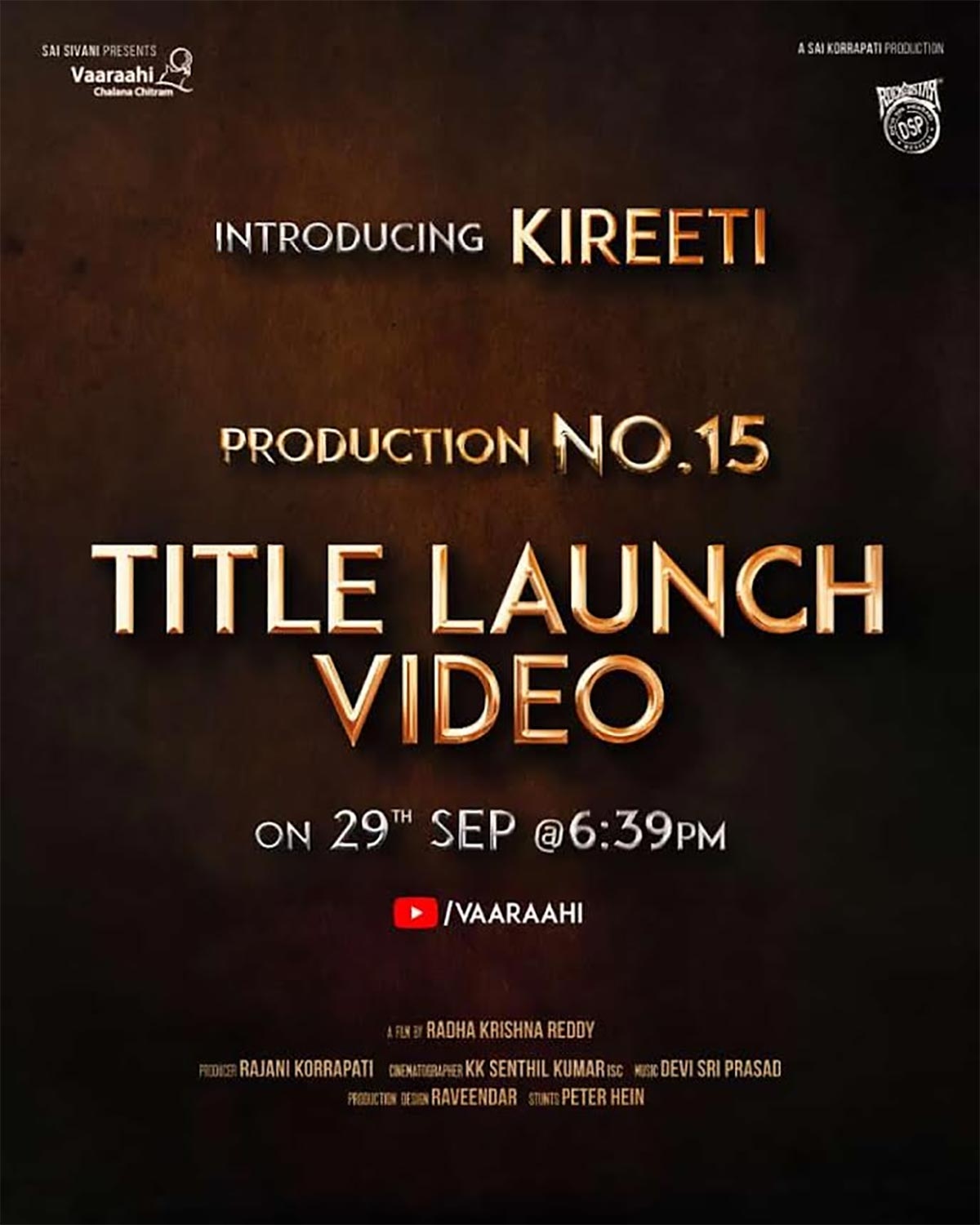 Sreeleela of Pelli SandaD fame is the female lead in this untitled movie that is helmed by Radhakrishna Reddy. The team was stationed in Bengaluru and the filming is progressing at a brisk pace. Genelia is also roped in to play a pivotal role in this flick. As the movie marks the comeback of the actress in South Cinema, the audiences have pinned high hopes of the project. Devi Sri Prasad will provide the soundtracks for this untitled film.