Priyanka Chopra has returned to Los Angeles after her quick trip to India. The actor shared the update on her Instagram handle. In an Instagram story, the global icon shared that her whirlwind tour of her motherland has left her ‘exhausted but happy.’

Priyanka had returned to India after a gap of three years to promote her hair care product Anomaly. During the promotions, she also made some time for her work related with UNICEF India. Priyanka was seen interacting with young girls from Uttar Pradesh. She even shared a post about the same on her social media with a caption that read, “These teenagers, especially the girls, are so inspiring. The situations they have dealt with in their young lives are so impossible to digest, but they picked themselves up and fought to remove themselves from the cycle of poverty and abuse that they are in.” 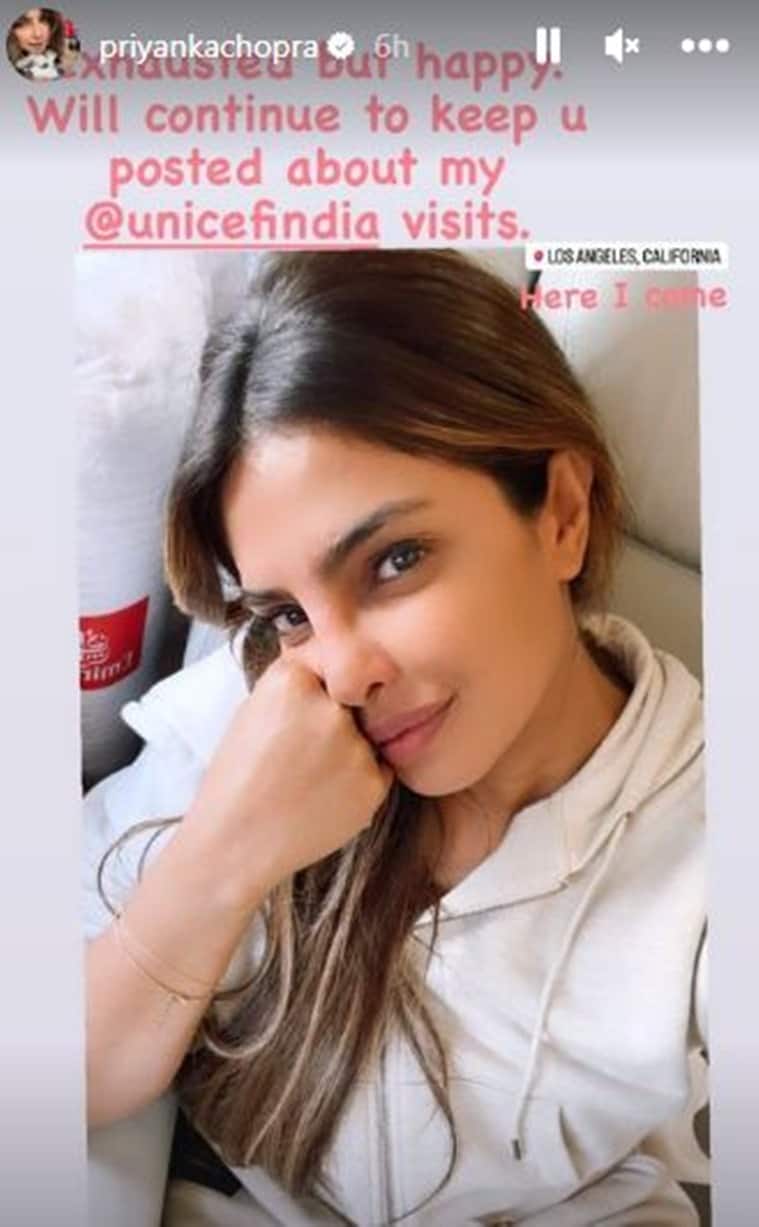 On the work front, Priyanka was last seen in the Keanu Reeves-starrer The Matrix: Resurrections. She currently has the romantic drama It’s All Coming Back to Me, the Bollywood road trip movie Jee Le Zaraa with Katrina Kaif and Alia Bhatt, and the Russo Brothers Amazon series Citadel, co-starring Richard Madden, in her kitty.

A while ago, Priyanka had shared an update about Jee Le Zaraa while speaking with Bollywood Hungama. The actor said, “When (the movie goes on floors) don’t ask me. I am shooting a movie with my friends, and when you do that, it’s just not work, it’s creative fun. Hopefully we shoot it next year.”