Malayalam actor Sreenath Bhasi has been in the news over the past few days after he allegedly humiliated a female journalist during a movie promotional interview. After the video of the interview went viral on social media, the actor came under criticism from all corners. Days after the incident, following a case filed at the Marad Police for insulting the modesty of a woman, the actor was arrested by the police on Monday. “He is in our custody. His statement is being recorded,” a police officer said.

According to the complaint filed by the female journalist, who had also filed a complaint before the Women’s Commission, Sreenath used explicit, abusive language during the interview in connection with his movie promotion. However, the actor responded that it was the anchor who disrespected him. It was only a reaction to the misconduct towards him, he said. 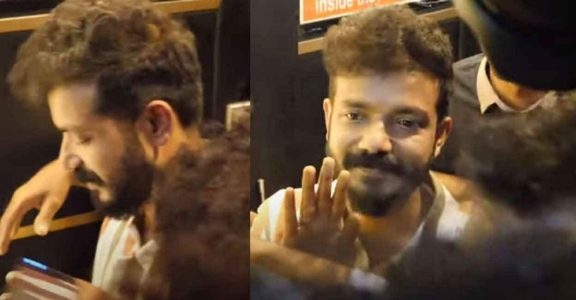 The alleged incident happened on September 21 while the journalist and her team were shooting an interview with Sreenath Bhasi to promote his new movie Chattambi at a hotel in Kochi. The anchor’s team was instructed to prepare questions related to the name of the film for maximum publicity, and hence they had prepared the same, reads her complaint. Going by the video of the interview the anchor asked Sreenath to rate some of the Malayalam actors based on their ‘Chattambitharam’ (rowdyness). Immediately, after the question was asked, the actor was seen agitated and starting to burst out. As per the anchor’s complaint, they were verbally abused after the camera was turned off.

If you live near a busy road, it may cause tension and disrupt your...
India

The first 1000 people to use this link will get a 1 month...
Education

If you live near a busy road, it may cause tension and disrupt...