5 Killed, 12 Injured In Bus Accident In Jammu And Kashmir’s Rajouri 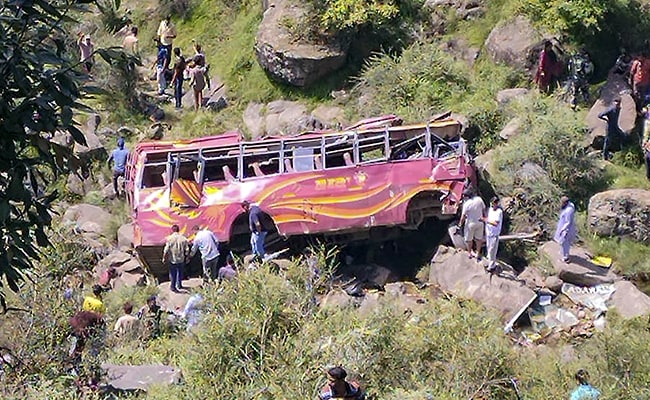 Security forces and local residents have launched a rescue operation.

Five persons were killed and 12 others injured when the bus they were travelling in plunged into a deep gorge in Jammu and Kashmir’s Rajouri district, officials said on Thursday.

The bus, which was on its way to Jammu from Surankote Poonch, skidded off the road and plunged into the gorge at Deri Ralyot in Manjakote area, they said.

Deeply pained by the news of another tragic road accident in hilly district of Rajouri, at Deri Ralyote (Manjakote).
My deepest condolences to the families who lost their loved ones and pray for the speedy recovery of the injured. pic.twitter.com/UaoobVe8Ru

Security forces and local residents have launched a rescue operation, they added.

The accident comes a day after 11 people were killed and 28 others injured in another accident in Jammu and Kashmir’s Poonch district.